A complete guide to smoking cessation programs for employers 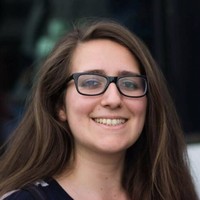 A smoke-free workplace is an attractive aspiration for businesses. Research shows that smoking cessation benefits employee health, reducing numerous health risks such as heart disease and cardiovascular disease, as well as massively alleviating costs for businesses.

The benefits of smoking cessation are made altogether more possible by the development of novel programs that support employees with quitting smoking in new and inventive ways. Whereas traditional corporate seminars have failed to consistently engage workers, digital smoking cessation programs provide a convenient and accessible alternative.

This article provides a run-down of the evidence surrounding the value, efficacy and cost-effectiveness of these opposing types of smoking cessation program.

The dangers of workplace smoking

Workplace smoking is costly, risky and, unfortunately, commonplace. The Centers for disease control and prevention (CDC) estimate that around a fifth of working adults in the United States are tobacco users.

Rates of workplace smoking are generally highest for those in service-related occupation groups. Specifically, maintenance and repair workers have the highest rates of smoking in their work force (37.2%), with construction and mining workers (34.3%) and food service workers (30.3%) following closely behind. Smoking in these industries is as high as smoking in the general population was back in the 1980s, indicating a resistance to the public health messages that have resulted in smoking reductions in the wider population.

In the United Kingdom, the nationwide smoking ban that was introduced in July 2007 banned smoking in public areas. This also meant an overall reduction in smoking at a national level. However, like their counterparts in the United States, those in routine and manual occupations in the United Kingdom have remained notably resistant to following population trends in smoking cessation, and there is still a lot of work to be done.

The CDC outline significant health dangers and productivity losses associated with smoking in the workplace. These dangers were not necessarily exclusive to tobacco users. Exposure to secondhand smoke contributed to a 24% increase of lung cancer risk in workers in the United States.

On top of health risks, cigarette smoking is also expensive to the workplace, costing businesses up to $6,190 per smoker per year in the United States. This cost can be attributed to a number of factors associated with smoking; including absenteeism, presenteeism, extra breaks, pension benefits, health insurance and healthcare costs. Smoking-related disease in the United States costs more than $300 billion each year, including $170 billion for direct medical care and $156 billion lost in productivity. These figures are overlooked surprisingly often, despite their magnitude. Many employers remain unaware that smoking-related illness is one of the top causes of healthcare costs. In fact, the CDC estimate that for every $10 spent on healthcare in the United States, almost 90 cents of that is attributable to smoking.

Many employers are keen to alleviate the many disadvantages of a smoking workforce. However, smoking can be an emotive issue, and history tells us that workplace smoking bans can be a source of tension and hostility between employers and employees.

Tobacco cessation programs may be a more suitable alternative to smoking bans as they allow tobacco users complete autonomy. Giving employees the opportunity to seek support with smoking cessation at work is far more effective than trying to force workers to change a fundamental part of their lifestyle. Often, employees want to quit smoking, but have lacked the relevant opportunities. Workplace smoking programs therefore offer a choice that is welcomed by many workers.

What is a smoking cessation program?

Tobacco cessation programs can be incorporated into a company health plan in a variety of ways. General workplace wellness programs promote smoking cessation within the context of other lifestyle changes for employees, such as reducing alcohol consumption and improving nutrition. However, smoking cessation is the most common behavior change target for health plans, as this in itself serves as a facilitator to better overall health, as well as extensive cost-saving on smoking-related illnesses. Smoking is also a challenging addiction to overcome, and merits a highly focused approach that may be best served by a more targeted wellness program.

A traditional smoking cessation program might involve a series of seminars that provide expert education and support for employees who want to stop smoking. A good example of this is Allen Carr’s Easyway program. In this package, there are around five or six hours of these seminars, hosting approximately twenty persons. Seminars can be held in the workplace or elsewhere. Unfortunately, there is little evidence of the long-term efficacy of these seminar-based approaches. Programs may have very poor uptake, especially since they require employees to take time out of normal work activities.

Alternatively, cessation services may include making nicotine replacement therapy (NRT) freely available to employees within their workplace. NRT may come in the form of nicotine patches, nicotine gum or inhalators. You can read more about the types of NRT in this report by the American Cancer Society.

Evidence suggests NRT achieves the best quit rates when combined with monitoring or behavioral support, which might include telephone counseling or other group behavioral support for employees. The Quit Genius program also incorporates NRT, including its own brand of nicotine gum.

Smoking cessation programs associated with tobacco control are likely to provide the greatest range of cessation services for stakeholders, including clinical support.

The benefits of smoking cessation programs

Tobacco cessation benefits in the workplace cover several domains, which can be found under the headings below.

It can be very rewarding as a stakeholder to see the health and well-being of employees improve. Smoking cessation dramatically reduces the risk of several types of cancer and heart disease, as well as decreasing mortality rates in the workforce.

One American study found smoking cessation in a portion of the federal workforce resulted in significantly fewer deaths and fewer hospitalisations related to cardiovascular disease among employees. This occurred over a five-year period, which shows how improved employee health is likely to have positive effects on attendance and productivity in the long-term.

There are significant financial incentives for tobacco cessation in the workplace. Smoking cessation programs are estimated to save employers a huge $6,190 per smoking employee per year, in absenteeism, presenteeism, smoking breaks and healthcare costs (for self-insured employers) as outlined in the table below.

Cost per employee per year‍

There is plenty of evidence that smoking cessation alleviates costs across a work force. A mere five per cent reduction in smoking prevalence saved the American federal smoking workforce $59 million over a five-year period, just in medical costs. On top of that, an additional $332 million was saved in absenteeism, as well as $117 million in productivity.

Despite potential financial incentives and employee health benefits, it is understandable that stakeholders want to be sure of the evidence base for smoking cessation programs before investing the relevant costs.

Research shows that quit rates as a result of traditional group seminars, such as Allen Carr’s Easyway program, are comparable to established health interventions for stopping smoking. However, it is important to bear in mind that many tobacco users drop out in the follow-up stages of the research regarding the efficacy of these programs. Therefore, quit rates do not necessarily reflect the whole story in terms of the use of these traditional tobacco cessation programs within companies.

Stakeholders might also be skeptical about most studies only reporting data up to one year after the implementation of a smoking cessation program. However, a study collected data at five-year follow-up and found smoking abstinence effects of a workplace smoking program had generally sustained long-term. This program incorporated NRT and cognitive-behavioral therapy (CBT) groups for employees. This can be argued to have contributed to the program’s long-term success, as CBT combined with NRT is an empirically supported combination for the effective treatment of smoking addiction.

Continuous evaluation of smoking cessation programs is paramount to ensuring the most supportable methods are being used to help individuals quit smoking. When this is ensured, programs can lead to decent quit rates and subsequent desirable effects for businesses.

One of the key facilitators for a successful wellness program is providing plenty of opportunity for workers to engage. Extensive seminars that only host 20 people may not be compatible with rigid work schedules and large work forces, reflecting some of the drop out rates for traditional smoking cessation programs.

The Quit Genius smoking cessation program provides a flexible alternative to traditional approaches. The program is designed according to the principles of evidence-based CBT and has helped over 50,000 people quit smoking around the world.

Employees are able to access support and advice with their smoking habits at their own pace, from the convenience of their smartphone. The user journeys through a series of sessions personalised to their smoking triggers, as well as having access to a one-to-one coaching service, a motivational breath-tester and online peer support.

The Quit Genius program has been found to be ten times more effective for smoking cessation than simply quitting cold turkey.

Quit Genius Raises $64M in Oversubscribed Series B Funding Round

Workplace Safety: The connection between On-the-Job Accidents and Addiction