Why Is secondhand smoking so bad? 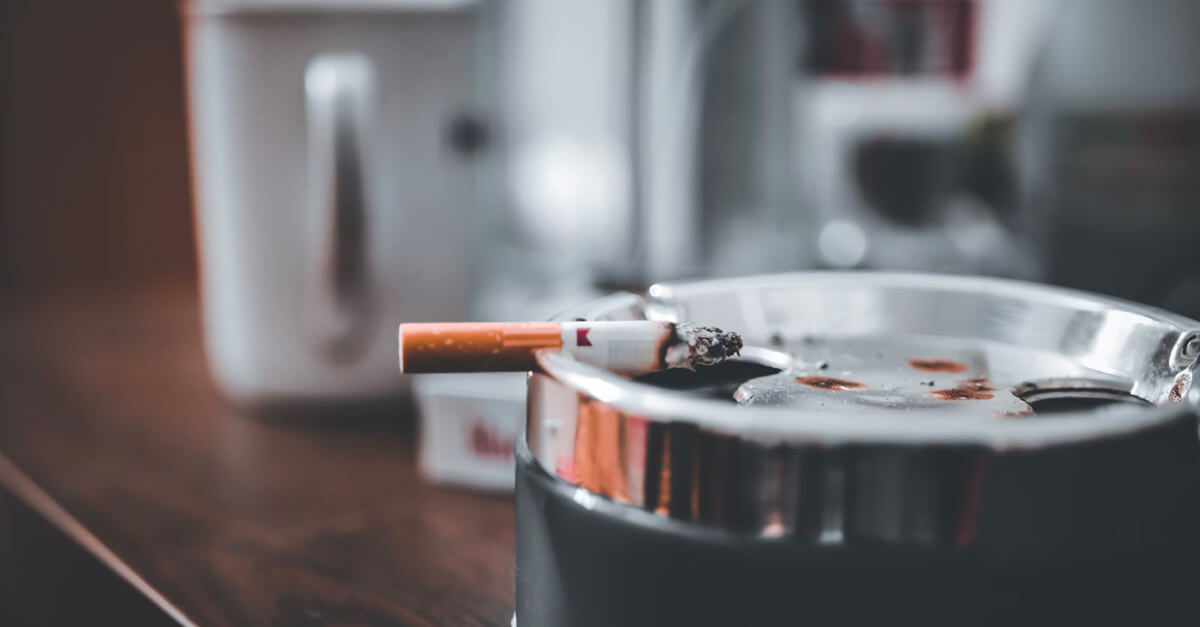 Secondhand smoke is bad for you. While I’m guessing this article hasn’t blown your mind yet – the reason why it’s so bad for you might yet surprise you.

Quit smoking campaigns always seem to concentrate a lot more on the effects which smoking has on people who actually smoke cigarettes, and a lot less on the people who don’t.

For example, every smokers knows that tobacco use increases your risk of health problems, such as lung infections or heart disease. However, I’m guessing they may not know that the risk of lung cancer or coronary heart disease could be up to 30% higher for the people around them as well – that’s flatmates, loved ones and children.

That’s the reason for this post – that often we read about the health risks which smoking has on ourselves, yet all we know about secondhand smoke exposure comes from the odd picture on a ciggie packet or whatever law which has been passed.

When Does it Happen?

Here’s the story so far. Secondhand smoke is the reason you have to step outside in the cold when you’re gasping for a cigarette. Whether it’s cinemas, shops, restaurants or bars, the burden is now on you as a smoker to ensure that other people can breathe freely in public places.

Any guess why? Clue – as lovely as other people find the whiff of burning tobacco, it’s not just because of the smell.

It’s because the health risks associated with secondhand tobacco smoke are much worse when it is contained indoors.

Secondhand smoke is made up of mainstream smoke and sidestream smoke – in plain English, the smoke which comes out of your mouth, and that which comes from the burning tip of a cigarette.

The reason for filters on cigarettes is that sidestream smoke can have some pretty disastrous health effects. It contains much higher levels of many of the toxic chemicals in cigarettes – including at least three times as much carbon monoxide and up to three hundred times as much ammonia.

Needless to say, when you fill up indoor air with cigarette smoke or smoke in close proximity to others, their exposure to these two types of smoke is a lot higher – this is what we call passive smoking. In fact, even thirdhand smoke (which is the residual exposure to nicotine from surfaces even after a cigarette has been put out) can be harmful to non smokers.

The health consequences of involuntary exposure to tobacco smoke can be devastating.

Short term, the effects don’t seem so dramatic. Exposure to secondhand smoke causes coughing, headaches and sore throats in the short run – irritating enough that I wouldn’t want you doing it in my flat, but I haven’t got A&E on speed dial just yet.

Long-term passive smoking is where the increased risks really start to kick in. I mentioned pretty early on that lung cancer risk and heart disease can be thirty percent more likely – admittedly, that was mainly to get your attention. But the point is secondhand smoke deserves more attention. Rolling the dice on ourselves is one thing, but thirty percent is a massive number for someone who doesn’t have the choice!

Moreover, that’s just the tip of the iceberg. Breathing secondhand smoke also increases the risk of respiratory infections (such as COPD). It makes the blood of passive smokers stickier, increasing the likelihood of clots in their blood vessels.

This is how tobacco smoke causes disease for passive smokers. It can lead to strokes (which are 20-30% more likely for secondhand smokers), heart attacks, complete heart failure and angina (which is basically a medical term for heartache – and not the type Bruno Mars sings about).

The solution? Take it outside. The harmful effects of tobacco products can linger indoors for up to five hours, but don’t cause problems like these in smoke-free homes – so stepping out into your front garden is a good first step.

If there’s two take home messages from this article, the first is that secondhand smoke causes the most harm when we do do it inside or in close proximity to others.

The second is that children are much more sensitive to the health risks of secondhand smoke.

Children breathe much faster than adults, which mean that over the five-hour period we mentioned, they can breathe in a lot more secondhand smoke.

This means that the health problems we’ve already talked about are a lot worse for them – they are way more sensitive to environmental tobacco smoke.

Because they are young and still developing, your kids are subject to extra health risks. One example is increased frequency and severity of asthma attacks. Bronchitis and Pneumonia have also been linked to secondhand smoke exposure in children, as well as ear infections and chronic coughs.

Unsurprisingly, the younger a child is, the more severe the effects of tobacco smoke. It’s an unfortunate truth that sudden infant death syndrome (SIDS) is still the cause of death for 4,000 babies a year in the United States.

This is why it’s recently become illegal to smoke with children in the car, and has long been frowned upon for expecting mothers to smoke.

Benefits of Quitting to Those Around You

Remember the beginning of this blog, when all you had to go on were those pictures the tobacco industry are forced to put on cigarette packets? Hopefully we’ll you a bit more clued up the effects of secondhand smoking.

The good news is that according to the Centers for Disease Control and Prevention (CDC), secondhand smoke exposure is decreasing – and so too is the strain which it puts on our public health services.

Ensuring that you take it outside will mean that the people you live with no longer carry the associated health risks of passive smoking. For kids, this can be the equivalent of smoking 60-150 cigarettes a year. As we’ve seen, even other adults can be up to 30% more likely to suffer from seriously adverse health risks.

Ultimately though, there’s one foolproof, fail-safe way to ensure no-one around you is exposed to secondhand smoke, and that’s where we come in. That’s right – quitting full-stop is the best way to do it.

Quit Genius delivers scientifically proven CBT specifically targeted towards smoking cessation, all wrapped up in a practical and user-friendly app. You’ll have personalised advice available on demand, supporting you throughout the entire process. Start your journey ->