How to stick to your new year’s resolutions in 2019 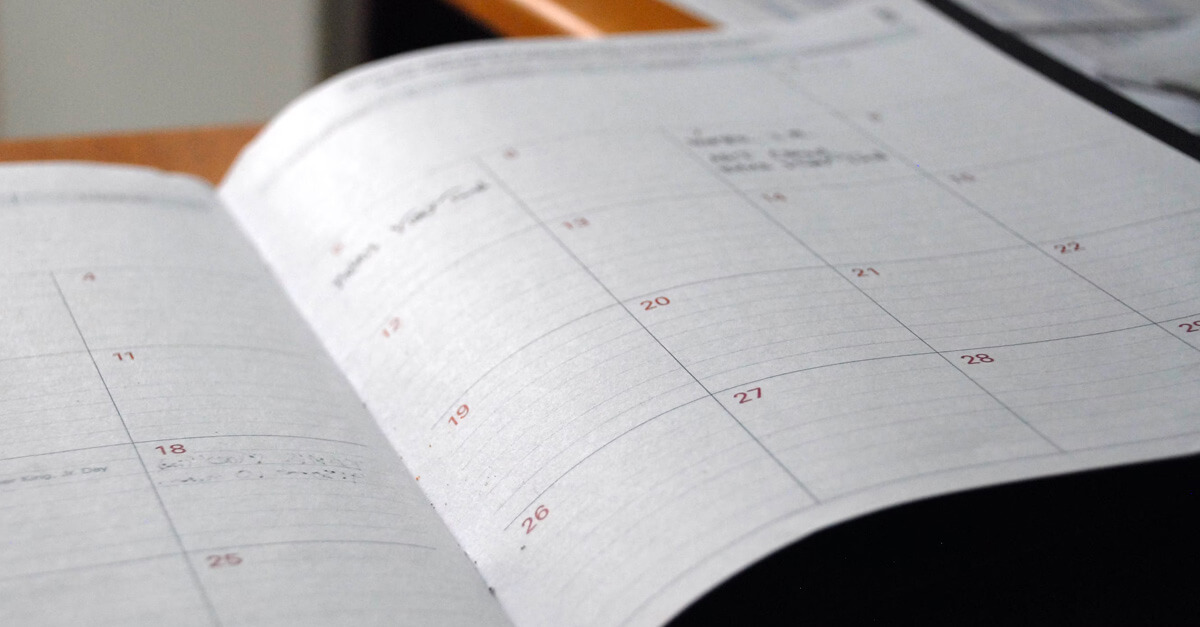 Insanity is doing the same thing over and over again, expecting different results – I think that’s how the saying goes. By this logic, it seems to me that New Year’s resolutions are pretty… insane.

Because I don’t know about you, but I make them over and over again. And never really keep them.

Recently, a lot of my thoughts (and therefore blogs) have started to focus on things like building new habits, setting goals and self-improvement. By any standard, our New Year’s resolution tradition is pretty poor – apparently, 80% of us give up by February. This blog seems like a good opportunity to have a deeper look at how we can actually turn our New Year’s resolution ideas into positive life changes.

So, here’s the challenge: What’s the most effective way that I, can encourage you to achieve your New Year’s goals, using a mere 2000-word blog post?

This article contains three little rules that yours truly will be trying to stick to this year, and hopefully, they might give you some ideas as well. In fact, I’m going to write them at the beginning so that you know what you’re up against:

So, what makes a good goal? Glad you asked…

The Problem with New Year’s resolutions

Let’s start off with this – I have a bit of a bone to pick with New Year’s resolutions. After they’ve shaken off their New Year’s Eve hangovers, the majority of people use the next day to set a goal. But I don’t think it’s necessarily our fault that we don’t stick to them.

Because as many successful achievers will tell you, common New Year’s resolutions are usually pretty hard to achieve.

They’re arbitrary. The resolutions I’ve previously made lack all the features of what I’d consider a good goal.

There are many ways to measure what makes a good goal. In football, a good goal can be a thirty-yard screamer or a point-blank header. Similarly, in self-improvement and well-being, good goals come in all shapes and sizes. One common way to compare and measure them is the SMART goal acronym.

There are a few variations on what the letters stand for, but the point is this: most New Years resolutions can hardly be classed as SMART goals.

Let’s take a classic example – the old “weight loss, exercise programs and less junk food” resolution that pretty much everyone has at some point. What does it look like as a New Years resolution? Probably like so:

“This year, my resolution is to exercise more, lose weight and eat less junk food.”

Now let’s check that out as a SMART goal:

“My goal for this year is to weigh 15kg less. During January I’ll work towards this by going to the gym once a week and packing healthy lunches instead of going to McDonald’s on my lunch break. Then in February I’ll assess my progress, sit down and plan how I can continue to work towards my goal for the next month.”

You don’t need to be a genius to see how this version is way more specific.

It’s also measurable; not only is there a target for weight loss, but there’s a measure of how often you’ll exercise.

Is it achievable? Only going to the gym once / week during January (before assessing whether you can increase that in February) seems pretty reasonable.

Relevance? Sure – the action plan will definitely help you achieve the ultimate goal for 2019.

And finally – time orientated. If you set a goal for ‘this year,’ chances are you’ll halfheartedly have a stab in January, put it off in February and forget about it by March. New Year’s resolutions are usually abstract and don’t have to be achieved until a whole year later – so we don’t usually bother with them.

Which brings me to rule number one:

If you want genuine future success in your goals – set better goals!

Take a little time to turn your resolution into a SMART goal, with an action plan for January at least. You might find that next year, you’ll actually stick to it!

If you’ve read any of my articles about quitting smoking, you’ll know that I love harping on about actualising your goals.

Imagine a brand new, shiny SMART goal that’s going to help you cut a bad habit and lead to a happy new year. Point to it. Go on – point to it now.

You can’t, can you? Most resolutions are pesky, conceptual things like ‘learning new skills’ or ‘spending less time on social media.’ They don’t really exist in real life.

But you can quite easily turn your goals into visual, actual, point-able things. In fact, if you really want to achieve something, making it visual in at least three ways will constantly remind you.

You know what? Let’s take quitting smoking as an example.

How to actualize your goals…

You want to quit smoking (or whatever other resolution you have – this’ll work for any of them!)

What visual actual reminders can you use to help you stop?

Once you write your goal down, you’ve committed to it in the real world. You can point to it – in fact, you can undoubtedly, unequivocally say that you’ve set a goal. You have proof.

So write it in big letters. Print it out from your laptop. Stick it on your desk or the back of your front door. Buy a mug you can write on and scrawl it on that so that you’re reminded what your goal is every time you have your morning coffee.

Visualising your goal like this means that you’ll be constantly reminded of your resolution. You could write about why you want to achieve your goal, or print out pictures that will motivate you. No need to print out those horrible images of lungs which have been blackened by years of chain-smoking. Print a picture of the holiday you’ll go on with the money you’ll save, or the beach bod you’re working towards with your new fitness levels. Set it as your desktop background.

Spend enough time being reminded of your goals and you’re much more likely to achieve them.

It will help you check in with that goal every day. Making your goal ‘point-able’ only takes ten minutes, but you’ll be reminded of it until you achieve it. Maybe for the whole of this new year.

Once you’ve set a goal, bring it to life in the real world.

Write it, print it, tattoo it… Okay, maybe don’t tattoo it. But you get the message – all top resolutions can be turned into point-able goals.

Alright – time for me to let you in on a little secret. Becoming a habit former is one of my personal New Years resolutions.

Okay – so obviously I’ve turned it into a SMART goal and I’m going to pepper it on post-it notes all over my office. I’ll keep you updated with the tattoo. But seriously – I’ve thought about it and I believe a lot of people could benefit from becoming habit formers. Here’s the logic:

You’re either someone who can easily force yourself into new habits, or you aren’t. Me personally? I struggle with snoozing my alarm to spend five more minutes in bed every morning. Sometimes I jump out of bed at six – sometimes I lay in until half past seven. Usually, that has an effect on how good/bad my hair looks at the office.

But there’s plenty of little things you can do to change that. One habit which helps you get up in the morning is to drink water – so I’ve started putting icy water in a flask next to my bed and guzzling it down when I wake up. That’s a teeny, tiny habit – often it’s not enough to get me out of bed.

One small step at a time

For the average person, a glass of water every morning isn’t going to change your life. However, once I get into the habit of having that glass of water, it’ll be easier to take the next step – maybe it’ll be ten press-ups or something. Plus, now that I’ve formed one habit, forming the next should be easier… Right?

Personally, I think that most resolutions could use a bit of habit-forming to get them kick-started. Especially negative ones.

Let’s say you spend a lot of time on social media. You’ve got a SMART goal – maybe it’s cutting down on the amount of time you spend on Facebook, checking in on where your family members’ holidays are or whatever else you look at. Now you’re going to use that free time for something productive.

Sounds like the makings of a fab goal – but the focus is on not doing something.

For me, habit-forming is all about taking positive action. Say you identify the time when you use social media a lot – maybe it’s just before you go to bed.

A good habit to form could be reading a book during that time instead. It might just be making a cup of green tea and lighting a candle instead. Or planning the following day. Whatever you choose, you’re actively doing something positive – instead of focusing on not doing something.

A guide to good habits

One rule that I’ve read and heard in a few podcasts keeps popping up in my mind – that it takes 21 days to form a new habit. Apparently, that’s not exactly what habit formation looks like. However, the key rule behind this is relevant: after a while, you’ll get so into the habit of doing something that it’ll feel unnatural to not do it.

A classic example is (of course) smoking. When I smoked, I used to love the first cigarette of the day. After a while, I got so into the habit of having that cigarette that it felt very unusual to not have it.

It’s been a while since I cut that out. Now I’m trying to enforce some new habits. Tough ones like going to the gym every day are hard to stick to – in terms of SMART goals, you might say they’re not easily achievable.

But the reason I like my glass of water is that it’s very achievable – that’s the easiest New Years resolution ever, right? If you start off small then you don’t have much to lose, but once you’ve become a habit-forming genius you should be able to achieve whatever you want.

So give it up for… Rule number three:

Instead of ‘negative’ goals, become a habit-former. Start with something easy and build it up – one small step at a time.

When I reflect on goals I’ve failed to hit and good ideas which never made it, there are a few patterns. One is that I probably didn’t want it enough.

But another is that I didn’t make enough of an effort initially to ensure I’d hit those targets. If I had sat down and made them into SMART goals, or brought them to life visually, I’d have given myself a better chance.

Put it like this – I probably wouldn’t have forgotten about them!

The way I see it is that if you genuinely want what you’re aiming for then you’ll strive towards it on a daily basis – regardless of what obstacles stand in your way.

And if you really – really – want to achieve this year’s goals, then with a bit of luck you’ve now got a few ideas to kick-start your mission.

Now, go get them!