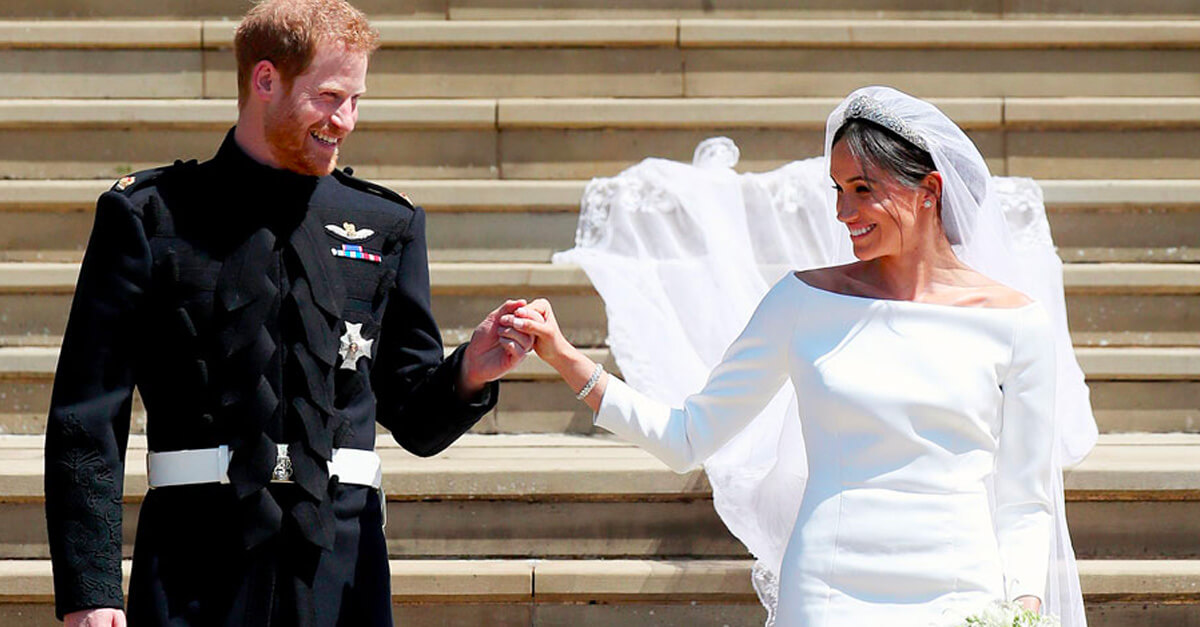 They say the woman makes the man.

Meghan Markle may have only just tied the knot to Prince Harry but it seems that Her Royal Highness is already making her mark…Ie, on the Prince’s lifestyle.

While you were too busy obsessing over which flowers Meghan would carry down the aisle (and we can now all sleep better knowing that they included forget-me-nots), you might have missed reports that believed Meghan to be the reason for why Prince Harry quit smoking. Harry, who’s known to light up on occasion, is also said to have curbed alcohol, taken up regular exercise, and upped the ante on healthy eating.

And as with all good rumour mills, we may never know the full story, but like all good storytellers, here’s how we imagine Meghan might have convinced Harry to buck the Malboro Lights and surrender to a more Californian way of living (like, totally):

If ‘trusted sources’ are to be believed (and who wouldn’t believe a friend of a friend of a friend) then Meghan and Harry are keen to start a family soon after the royal wedding. Smoking, however, affects male fertility by decreasing sperm count, semen volume, and sperm motility (the sperm’s ability to move efficiently), which lowers a woman’s chances of getting pregnant, so it’s not surprising that Meghan would want no butts in their relationship.

“It’s me or the cigarettes”

OK, so she may not have given him an ultimatum but Meghan’s fit and healthy lifestyle, which reportedly includes a semi-vegan diet, green juices, and yoga, probably wouldn’t have meshed so well with Harry’s right hand accessory. Secondhand smoking, according to some studies, is only a smidge or two less harmful to female fertility than active smoking, increasing the odds of delayed conception and even miscarriage.

And while Harry may have only been an occasional smoker, it also wouldn’t have made him completely immune to the sufferings encroached on many smokers when it comes to the bedroom – and one would definitely not be amused. More of that here.

Quinoa (pronounced KEEN-WAH) has become America’s mother of all grains in recent years so it’s no wonder the Brits – and now Prince Harry – have followed suit(s). Upon moving in together, Meghan allegedly cleared out all the junk food from Harry’s kitchen cupboards, swapping it for healthy produce and introducing a third companion into their relationship: a top-of-the-range juicer.

That’s more kale, less ale for you then, Harry.

If you don’t have an American royal by your side to help you quit smoking, don’t despair – Quit Genius promises to have and to hold you…for better, for worse…till death do us part. Learn more about us here.